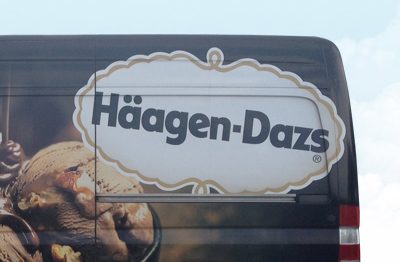 Modern day business promotion is much more than just taking out an ad in the sunday supplement or listing your business in the local phone book or directory. The massive massive multiplication of communication lines in the the last couple of decades has made promotion more difficult and yet more profitable than ever before. Now there are a dozen ways that potential customers can discover your business…it sounds obvious but quite often the internet is overlooked.

When Direct Wholesale Foods found us through Google, they handed us quite a challenge. They had no presence on the Internet at all. They had no website, no Facebook page, not even a holding page, nor a map to their premises. On top of that, they were selling in a very competitive environment up against well established competition. Their biggest concern was that a major player in the wholesale foods market started moving into their territory. Now DWF are no newbees to the market, (they celebrated their 40th Anniversary in 2012), but outside of their existing catchment area, they were pretty much unknown. DWF’s goal was to establish a web presence as good as their competitors, but we decided to go that one step further.

Clearly DWF have the best looking website in the industry, its vibrant, friendly, easily navigatable and the products are displayed in a way that pleases both DWF’s customers and the major brands who own them. But getting down to the nitty gritty, product sales are up year on year, and what’s most telling is that sales of freezers have increased 27% within their existing catchment area, and 220% in markets they have previously failed to crack. They are first place on Google with some of the main keywords and on the first page for the majority of the rest. It’s an ongoing process and we could not be happier working with these guys. This is what we do at New Media Farm… We have the skills and knowledge to operate across the spectrum of modern business promotion and take any business from zero to hero in a any potential market, so contact us and find out what we can do for you.

Get in touch today and we will answer all your questions and help get you started.

This website uses cookies to improve your experience while you navigate through the website. Out of these cookies, the cookies that are categorized as necessary are stored on your browser as they are essential for the working of basic functionalities of the website. We also use third-party cookies that help us analyze and understand how you use this website. These cookies will be stored in your browser only with your consent. You also have the option to opt-out of these cookies. But opting out of some of these cookies may have an effect on your browsing experience.
Necessary Always Enabled
Necessary cookies are absolutely essential for the website to function properly. This category only includes cookies that ensures basic functionalities and security features of the website. These cookies do not store any personal information.
Non-necessary
Any cookies that may not be particularly necessary for the website to function and is used specifically to collect user personal data via analytics, ads, other embedded contents are termed as non-necessary cookies. It is mandatory to procure user consent prior to running these cookies on your website.
SAVE & ACCEPT